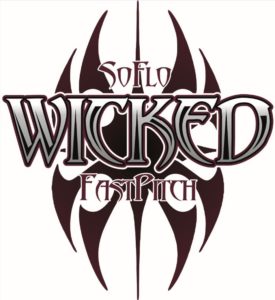 For nearly 10 years the Stump Bandit’s program provided a highly competitive program that competed in the best tournaments in the country. They consistently placed players in college programs ranging from D1 to local State Colleges. The philosophy was not to try and boost their resume of placing players but rather to find the right fit for the player and the family.

In 2015 coach Dave Hir joined his Stump Bandit’s with the Crossfire program and continued to strive for excellence both on and off the field. In that year Dave’s teams went on to win the 2015 18U Triple  Crown Sports SE National Championships and the 2016 16U ASA Nationals Runner-Up.

After a very successful fall schedule Coach Dave and his staff decided it would be in the best interest of the players to split from the Crossfire program and form SoFlo Wicked. The split will allow the program to expand to more age groups with teams being formed to compete in 14-18U. Please keep checking the website and our social media accounts for information on tryouts, practices and tournament schedules.

There are no upcoming events at this time.